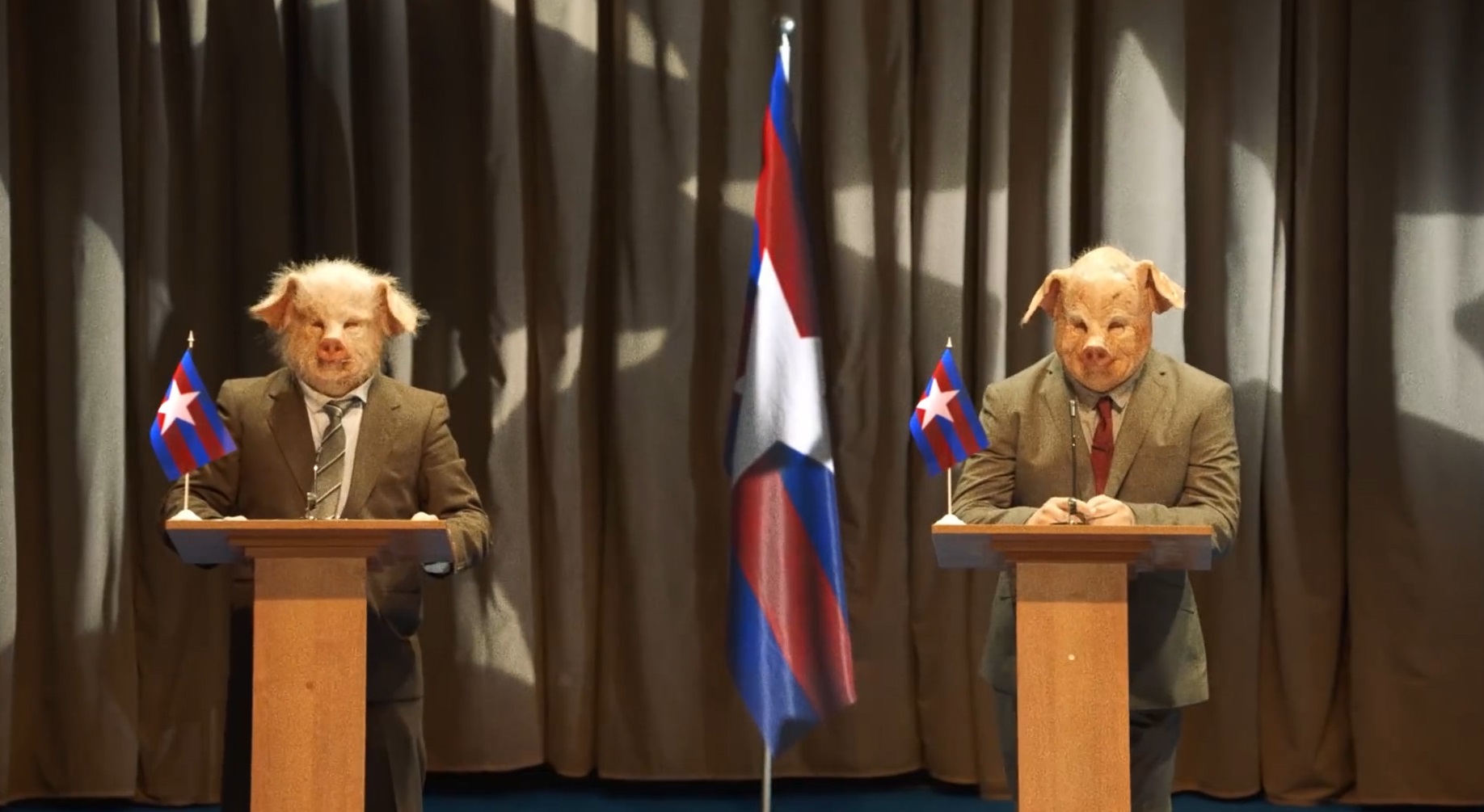 Politicians are pigs about to fight in a televised debate, in the video for “Trouble in Town”

The music video for “Trouble in Town”, released last thursday (12), attracted fan’s attention due to its production, plot and, specially, the social critics and references to a real literature classic: George Orwell’s Animal Farm.

Published in 1945, the novel satirizes the communist Soviet Union through a story of corruption and betrayal using animal figures to portray the human weaknesses and criticize the “communist paradise” proposed by Josef Stalin.

When an animal riot against humans, on a farm, is led by cunning pigs, the animals try to create an utopian society, but they let themselves be seduced by power and they establish a dictatorship as corrupt as the society of humans.

Despite excessive criticism of a left-wing policy, Orwell was a democratic socialist and member of the UK’s Independent Labor Party. The author thought that Stalinist politics betrayed the principles of the Russian Revolution of 1927.

All animals are equal…

When Major, an old pig, feels his time is coming, he gathers the farm animals around to tell them about a dream: to be governed by themselves, without the submission and exploitation of man. Then, he taught them an old song, called “Beasts of England”, which summarizes the philosophy of Animalism, extols the equality between animals and the prosperous times that were to come and ends up leaving the other animals in ecstasy.

After Major’s death, the pigs Snowball and Napoleon take the lead and begin to clandestinely meet to outline the strategies for the revolution.

One day, Mr. Jones, farm’s owner, is caught careless feeding the animals, a fact that becomes the last straw. Under the command of the intelligent and literate pigs, the animals expelled humans from the property and rename the propriety “Animal Farm.” They learned the Seven Commandments, which took the following form:

…but some are more equal than others

The less intelligent animals weren’t capable of understanding these complicated sentences. Then, the pigs summed up the commandments in the maxim “Four legs good, two legs bad.”

In a failed attempt from the humans to retake the farm, Snowball fights bravely to defend it. He dedicates all his time to improving the farm and the quality of life for everyone, but even so, he is expelled by Napoleon, who alleges serious accusations, which will continue throughout story, even after the vanishing of Snowball. They are used to cover up real problems, or even as an explanation to give to the animals about catastrophes, creating a myth around the pig who, from this moment on, is considered a traitor.

Napoleon appropriates Snowball’s idea of building a windmill to generate energy (even, at the beginning, having made harsh criticisms). Some time later, the pigs begin to negotiate with farmers in the region, refusing the resolution of not contacting humans — pointing this idea as another Snowball invention. The pigs move to Mr. Jones’ old house and begin to modify the commandments that were on the barn door:

This is the first visible book reference in the video. As a lizard travels, fiddling with his cell phone, the car goes through a region where political outdoors reveal the phrase. In one of them, it says “all animals are equal” and, in the another, “but some are more equal than others”, with images of the pigs, imposing, in front of a flag.

From this point (right at the beginning) onwards, the idea of inequality becomes perennial in the plot of the video and that is what will guide it until the end.

In the next scene, the car in which the lizard is goes through a peripheral region. At a certain point, a homeless deer appears sitting in the open, on a mattress, with a supermarket cart beside him, an umbrella and a cardboard poster. In the background, you can see posters similar to the outdoors, with the same photo style and the words “Love and kindness.” When the camera approaches the character, it is revealed that he is reading the book Animal Farm.

Throughout story, all the characters are, even if indirectly, following an event on television: a debate between candidates — with the pigs as politicians. They utter moralistic speeches on the pulpit, which begins a tension climate.

When the fox, the main character of the story, suffers with authority abuse from a corrupt policeman and decides to run away and seek shelter with his friends (who already appear at the beginning of the story), the tension reaches its climax.

It is at this moment that, on the stage of the televised debate, the political pigs begin to attack each other physically and start to fight. The story of the song and both the music video and the book’s plot, lead to the same outcome: the pigs have become too blind to reality and act as, each, the only priority.

In a post on social media, Phil Harvey used the excerpt that closes the book to comment on the final scenes in the video. “The creatures outside looked from pig to man, and from man to pig, and from pig to man again; but already it was impossible to say which was which.” 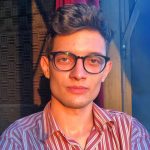